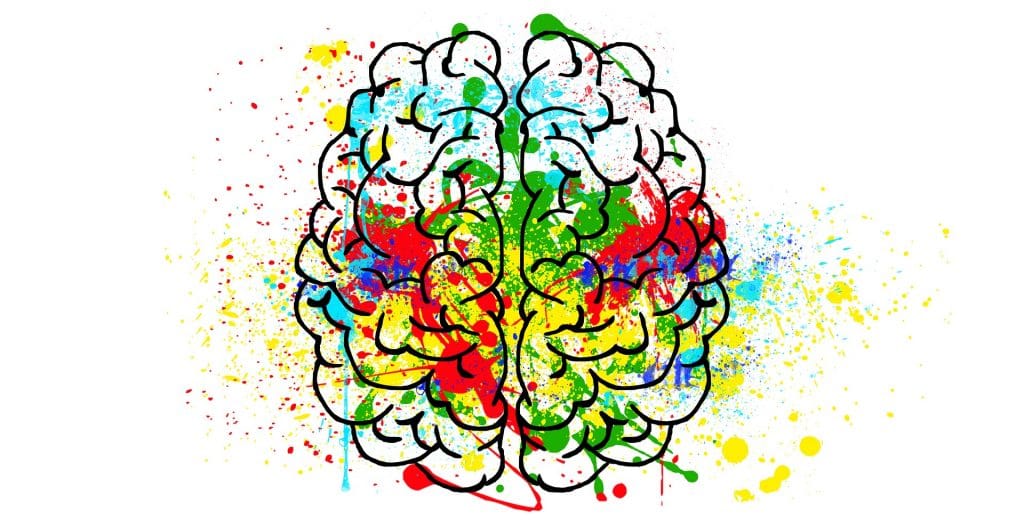 Image by ElisaRiva from Pixabay

EMOTIONS AND THE BRAIN
In their search for understanding how the brain works neuroscientists discovered emotions. And it turns out that emotions play a big role. They are necessary to thinking and decision-making and are in general much more important than we used to believe. In our Western culture environment, which highly values analytical and logical thinking the premise has been that the cognitive dimension of the human brain represents human superiority over other animals and is the more sophisticated aspect of human capacities. Emotions were not a part of that superiority. For centuries philosophers have debated on the best ways to reach good thinking. In that process many warned against emotions and often concluded that emotional and sensory information were detrimental to sound judgement.

This thinking has been debunked in the last 30 years by the unprecedented explosion in neuroscience discoveries, which has established that we do need emotions to make good decisions. In the process of perceiving and picking up information from our environment through our senses, emotional information gets to the amygdalae and the limbic system, our emotional brain, much faster than it gets to the prefrontal cortex (PFC), our executive brain.  Emotions are our salience alert, indicating what is important and what we need to pay attention to. They orient us and influence our behavior, move us to act before we even become aware of what is driving us. They generate instincts and impulses that cause reactive and emotional responses. And all this happen mostly under the radar, as we’re typically not aware of it.

SCIENCE & PARADIGM SHIFT
Neuroscientist Antonio Damasio spent his life studying the impact of emotions on the brain. His book Descartes Error (1994) describes his seminal research that put to rest this centuries-old debate by clarifying how human cognition works, articulating its limitations and highlighting the critical and essential role of emotions in the brain. He showed that when people can’t feel their emotions, they can’t make decisions and become dysfunctional. Damasio’s research contributed to a significant paradigm shift that transformed how we view and understand human brain functioning and beyond that, what it means to be human.

Our brain is totally dependent on the body’s physiology, with emotions being in the driver’s seat, playing an essential role via automatic brain and physiological processes. This means that the access to our higher-level cognitive abilities is rather precarious most of the time and creates big limitation in the use of our executive brain (PFC).

GOLDILOCKS & PHYSIOLOGY
Yale professor Amy Arnsten likens the PFC to the character Goldilocks, in that it needs to have everything just right in its chemical environment in order to function optimally. Being tired, or bored releases very small amounts of catecholamines such as dopamine and norepinephrine, while being stressed does the opposite and releases too much of them. Both scenarios cause the PFC to function sub optimally, either because of a lack of interest or conversely too much stimulation. The ideal state is that of being alert and interested, in which case just the right amount of catecholamines is released in response to stimulus in the environment and allows the PFC to function at its best. Unfortunately, most of the time our environment does not naturally put us in this Goldilocks zone. Both small and bigger stresses easily derail our sophisticated human brain faculties and as a result we tend to function in sub-optimal mode more often than not.

EMOTIONAL REGULATION
We are social animals with a lot of brain wiring focused on social functioning. To adapt to social life, we have to adequately manage and regulate our emotions. When we take a step back and expand our awareness of emotional drives and impulses, it creates choice: the ability to choose our behaviors deliberately. This is why Emotional Self Awareness is the building block of Social and Emotional Intelligence (SEI). Without being aware of what is going on in ourselves we can’t become aware about others. At a physiological level the cortex and neo-cortex or “higher” brain provide an extra brain layer, which gives us the ability to regulate and stir the “lower” emotional brain, establish a communication, a dialog with it, creating a choice in the behaviors we choose to engage in. This is the core of SEI, a back and forth between thinking and feeling, mutually impacting each other and shaping our perception and behavior. A strong dialog generates a wider, objective view and good problem solving while a deficiency creates a flawed perception and poor decision-making processes. All other SEI skills build on that process, further expanding the effectiveness of our self-understanding, interactions with others and responses to our environment.

Feelings and thoughts continually combine together and reciprocally impact each other and the optimization of this interplay is called emotional regulation. It is the action part of SEI. The field of SEI has exploded as a result of this understanding.

From an adult development point of view, Dr. Robert Kegan, a Developmental Psychologist developed his Subject/Object framework, explaining that a lack of awareness puts us in a state of being “Subject” to our emotions. The experience that characterizes this state is the feeling that “things happen to us” and that we’re victims. But once we start regulating our emotions they become “Object”, meaning we can take a step back and “look at them” using our cognition to process the emotional information, seeing the options we have and then making deliberate choices, which gives us access to a more sophisticated level of cognitive processes. Awareness of the impact of emotions and the ability to effectively regulate them are powerful ways to optimize our cognition and behavior and the framework of SEI is the tool to implement it.

AUTOMATIC BRAIN
Unfortunately, due to how the brain is wired, awareness doesn’t come to us naturally, it’s like the tip of an iceberg. We’re aware of only a small portion of both external and internal stimuli and both our thinking and behavior are 90% of the time on automatic mode.  As a result, we live most of the time in an illusion of choice and are not aware of how automatic our behavior is. The brain has a dual processing mode explains Matthew D. Lieberman, a Social Cognitive Neuroscientist – the reflexive X-system and the reflective C-system – that impacts the way we function and everything we do. Our experience of the real world is brought about by the reflexive X-system, which is an automatic and parallel system, expressed as the stream of consciousness that is always on, and undisturbed by any other processes that might be going on at the same time. This is what we perceive and experience as reality. On the other hand, the reflective C-system, which we engage only when we think deliberately and use our PFC and working memory is a serial system that must be turned on by focused attention, so more effortful. We prefer the easy system to the more effortful one and it is only when problems arise and can’t be solved that we snap out of the automaticity of the X-system and activate the C-system. The challenge is that the reflexive X-system causes us to form impressions about people, events or situations based on fleeting impressions, perceptions, or the blink of an eye, as we can’t avoid seeing and perceiving what’s in front of us. The result is quick, effortless and often convenient meaning making but sometimes also a flawed and biased interpretation of our reality.

In essence, we do have a sophisticated executive brain, but this is a brain that gets easily derailed and rattled by stress and emotions. In addition, most of the time we’re not aware of this fragility and don’t do much to reduce the negative aspects.

PRACTICAL IMPLICATIONS
So, what does this mean at a practical level? How can we use this knowledge to identify practices that can be helpful to support brain functioning, optimize performance, improve well-being?

The key and foremost aspect is the tremendous dependence on our physiology. We’re totally dependent on it and controlled by it. Both brain abilities and the stimuli that may potentially derail it are rooted in physiological processes that escape our conscious awareness. When we’re in a fight of flight mode for example our brain and body get flooded by stress hormones and neurotransmitters that powerfully influence what we perceive and how we think. The type of emotions we’re experiencing determines our mindset and our behavior. Negative emotions get us focused on the problem, at the risk of creating tunnel vision, while conversely positive emotions open up our mind, allow us to see more possibilities and to be creative.

The SEI framework is an excellent tool for developing competencies that support optimal brain functioning because it is aligned with how the brain is wired and our physiology. SEI skills allow us to better use our “hardware”, provide a road map for continued further development and performance improvement. In addition, practices that impact our physiology more directly are very supportive of this work: breathing, mindfulness, exercising are highly beneficial. Various breathing and meditation methods have been used in Yoga and other Eastern contemplative practices for millennia. There’s also been a lot of scientific research that substantiate their beneficial outcomes. These practices help regulate the processes that happen outside of our consciousness and support a physiological state that is conducive of effective communication between emotional and executive brain centers.

This type of work is not a one-time exercise but an ongoing practice, a mindset and lifestyle choice. The benefits are worth the effort and include optimized brain and cognitive functioning, improved emotional and psychological well-being, better health, deeper and stronger relationships, better stress resilience, and increased ability to adapt to life’s demand in general.

Next-> Leadership Message From A Maestro
0 comments… add one

This site uses Akismet to reduce spam. Learn how your comment data is processed. 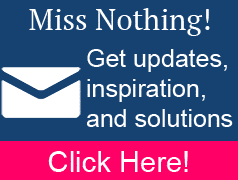 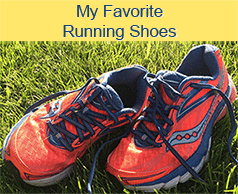 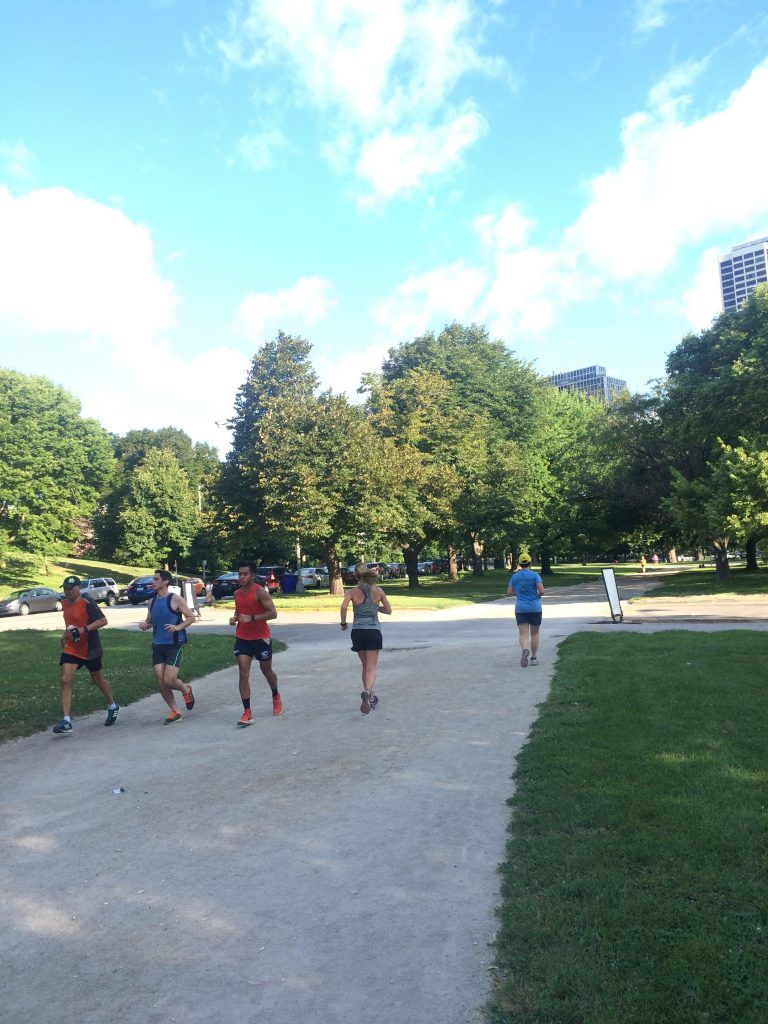 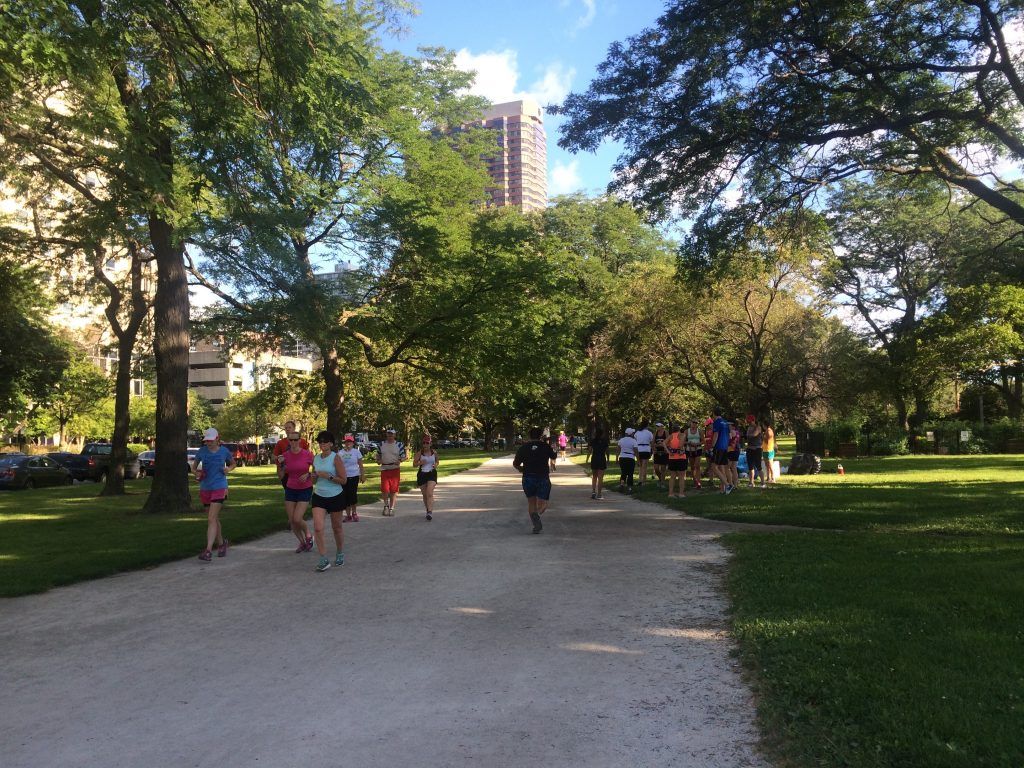 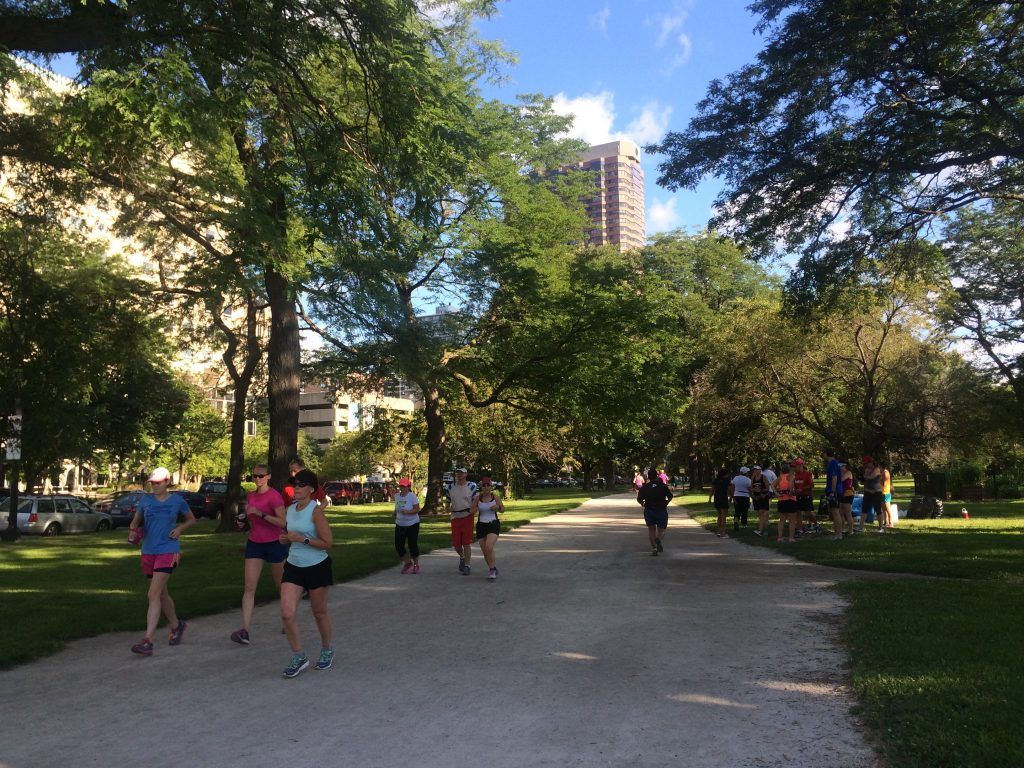 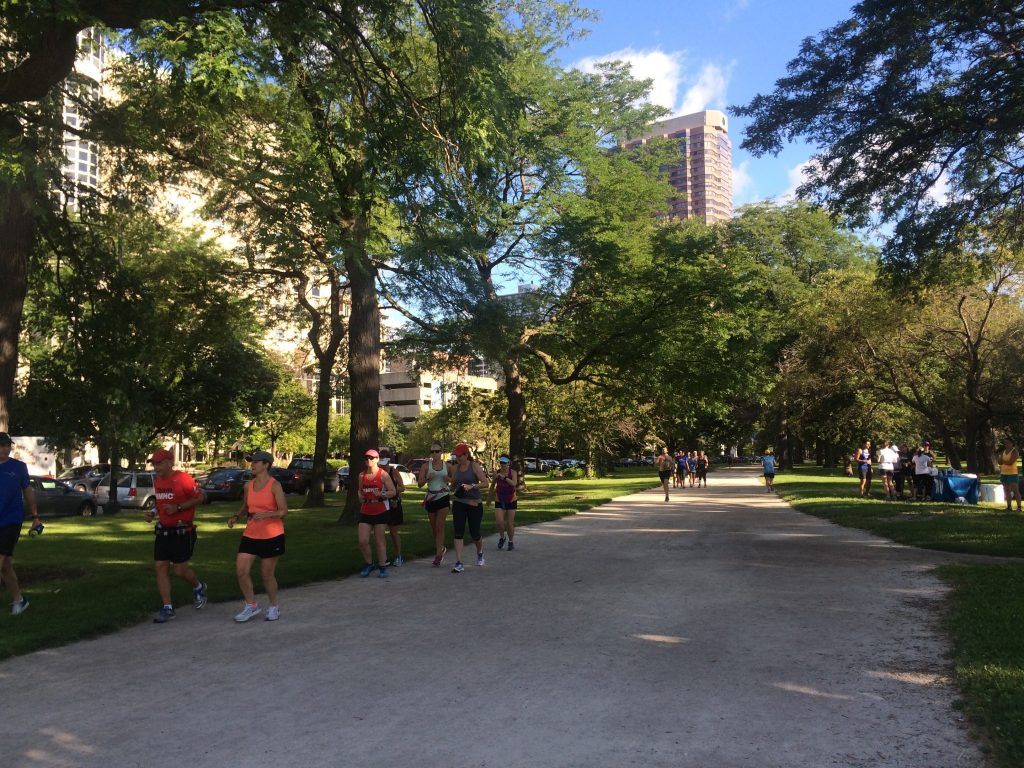 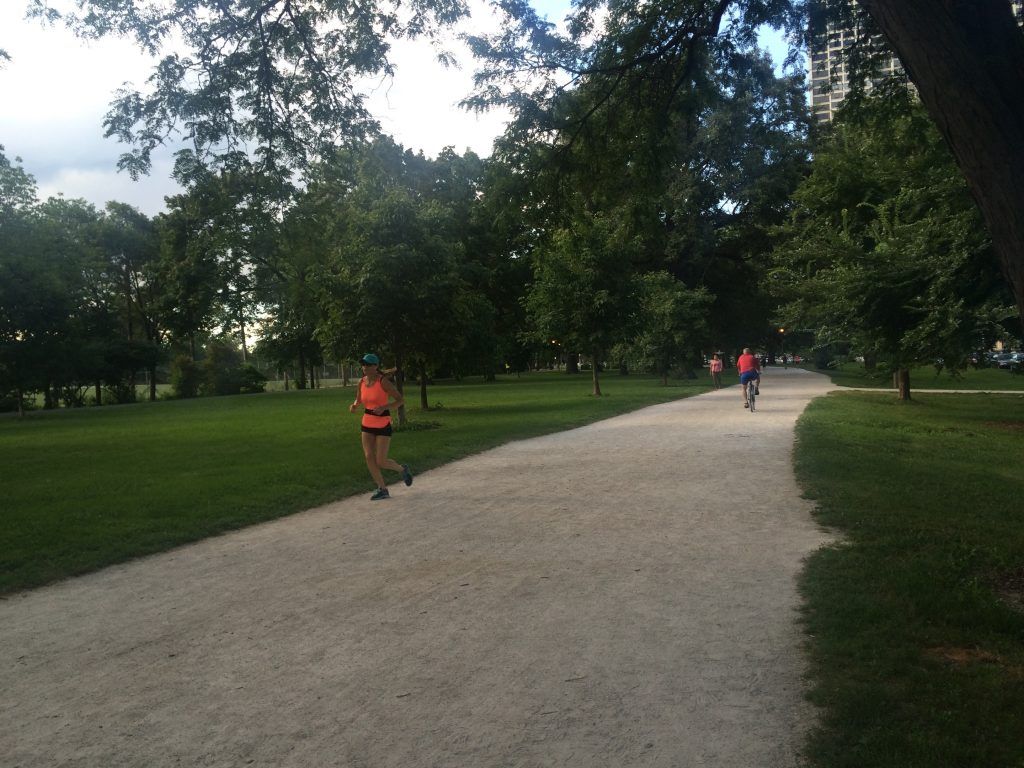 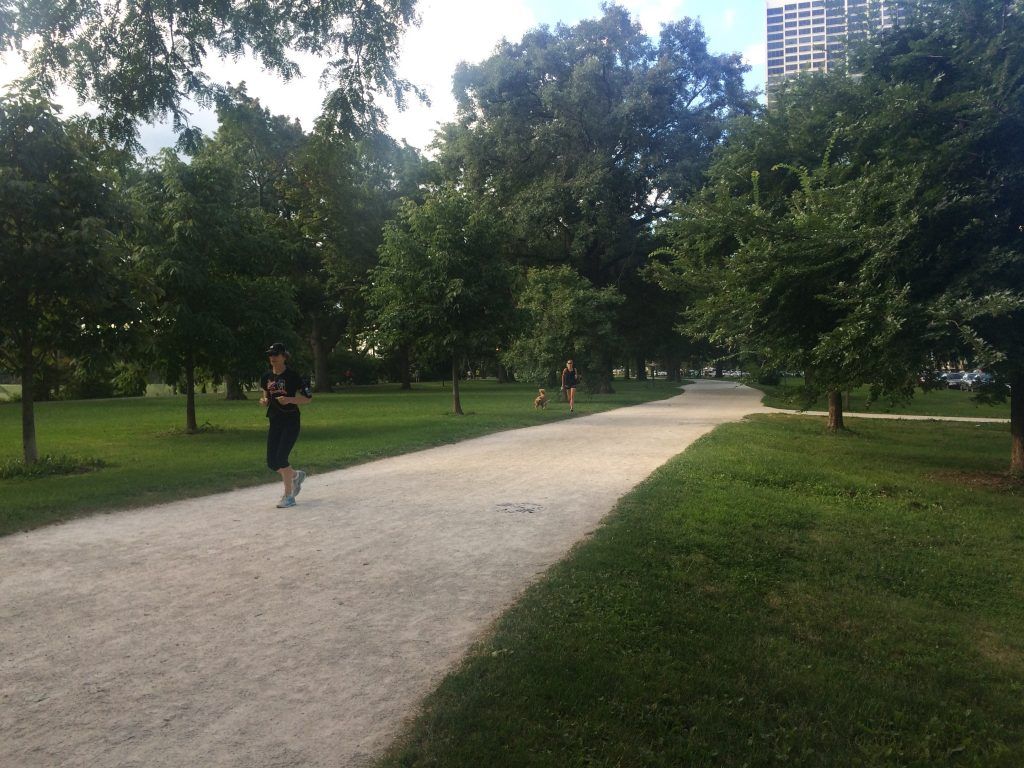 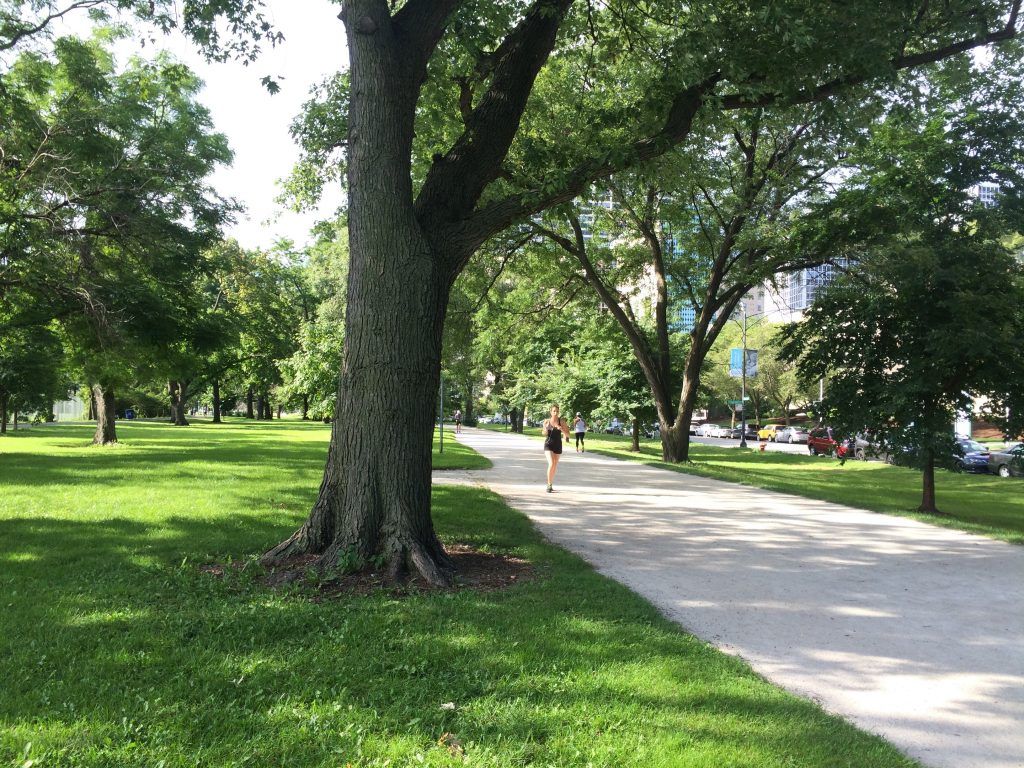